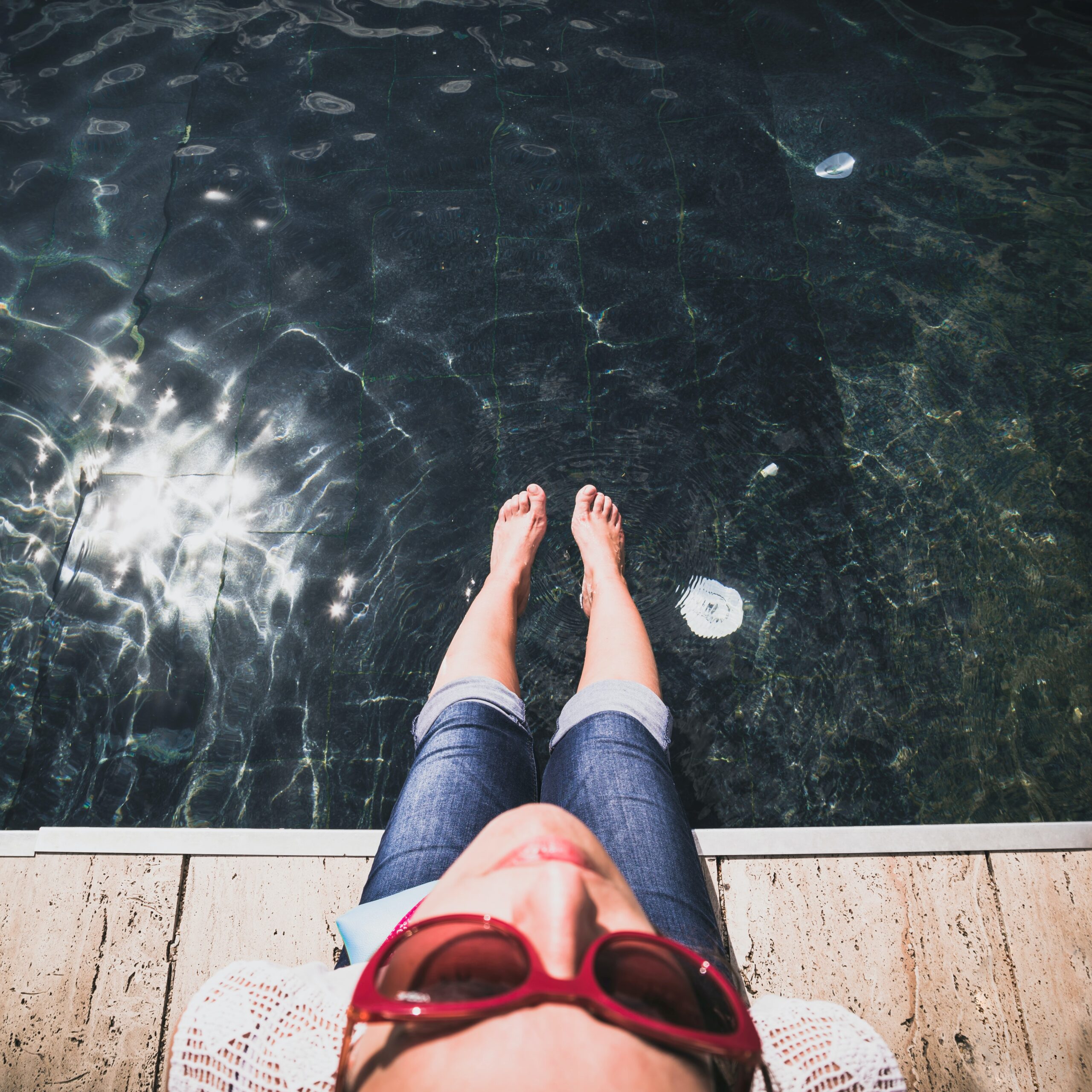 If you are averse to absorbing the sun’s rays, then absorb these facts:

And here is another shocking quote from an article published in 2016 in the Journal of Internal Medicine “Avoidance of sun exposure is a risk factor of a similar magnitude of smoking, in terms of life expectancy.”

I have been saying it for years. Something has been amiss with the advice that we should be wearing sunscreen 24/7 and fearing the sun. The benefits of the sun have been completely disregarded for some time. Also, how can the advice and sunscreen products have been around since the 1960’s but the skin cancer rates still be climbing higher and higher annually?

Could it be that staying out of the sun and the sunscreens themselves are to blame? There are plenty of studies that say exactly that. I’m also going to throw in the fact that at the same time the problem has worsened, so has the UK diet which is making all cancer prevalence worse.

Personally, I feel at my best when I get to soak up some rays. I’ve always been a sun worshipper and tan easily, but until I took a deeper dive into what our bodies require for health, I didn’t understand it fully.

Before the dangerous sun damage message of the 20th and 21st Centuries, many ancient civilisations formally idolised the sun. They recognised that without it, nothing grows, and there would be no life at all. Our food should be grown in the sun (if it’s not, don’t eat it I say), real food is just a bioavailable (edible for us to convert it) version of the sun’s energy. We thrived for thousands of years living outdoors, evolving black skin to cope with hot climates and in places with less sun and paler skin we had our natural protection of manufacturing melanin with sun exposure that produces a tan and protects us from sun damage. But it also allowed us to get the suns myriad benefits.

We seem to have forgotten that sunlight, like air, water and food, is a key component to human health. And not getting enough can now be recognised as contributing to worsening health outcomes in the present.

In recent years the importance of vitamin D has been talked about at length. It is rightly shown to benefit the whole body. The advice is to supplement if your levels are low. But supplements don’t even come close to the quality of what is produced if you are exposed to the sun instead. Recent studies have shown that a person’s vitamin D level is in fact, just a marker to show that they have had enough sun, supplementing did not have the same benefits compared to those who had spent time outdoors and produced it naturally. The sunlight comes first and then the vitamin D is produced. It is the sun that is doing all the work and vitamin D is getting all the credit.

Here are just a few of the many benefits:

My favourite subject! Early studies are suggesting that sunlight helps to regulate glucose control, although more research needs to be done.

The sun increases nitric oxide in our skin and exposure to it releases it to our blood vessels which allows them to dilate and improve blood flow. This also improves cardiovascular risk.

The sun boosts the immune system

By boosting T-cell production and vitamin D it helps to fight infection.

Important to your circadian rhythm, sunlight triggers the switching on and off the hormones that govern sleep.

But what about the skin cancer risk?

Skin cancer is very common, but the confusion has been when lumping common treatable skin cancers and rare fatal skin cancer together. We’ve not been told that the two most common skin cancers, basal-cell carcinomas, and squamous-cell carcinomas, are easily treated and seldom fatal. Melanoma is fatal but much rarer, in the UK there are 4 deaths per 100,000. Compare that to heart disease deaths at 99 per 100,000, does the benefit of potentially preventing heart disease by getting more sun outweigh a small risk of melanoma? And what about those melanomas being caused by not getting enough sun mentioned at the beginning have shown?

The food we eat is absorbed better when we are exposed to sunlight. Anecdotally, since eating good quality food and avoiding anything processed, sugary or containing vegetable oils, I don’t burn. Inhabiting social media circles of like-minded people, you read numerous stories of people eating in the same way saying the same, they don’t burn like they used to before changing the way they ate. There are very few studies on the phenomenon because there’s no money in it. Looking after yourself and getting enough sun is free.

What about the downside of sunscreen?

Call me cynical, but it can be no surprise that we’re now told to wear sunscreen all day every day. Could it be to sell more product? There are now SPF factors in a lot of skin care products too. So, people might be getting out in the sun but thinking it is so dangerous that they always block its benefits with creams. And the sunscreen itself could be a major problem. We absorb it into our bodies, and it has been found in the blood and breast milk long after it was put on the skin. Three ingredients in particular to look out for are oxybenzone, homosalate and octocrylene. The first two are known hormone disrupters but the jury’s out on octocrylene on the hormone disrupting front, but it is a known toxin to aquatic life and is linked to the death of coral. Do you want this stuff on your skin? I did a little research on one of our leading brands, Boots Soltan for kids, and octocrylene is listed along with numerous other chemicals doing who knows what.

Depending on your skin type you would do well to get out in it while you can during the summer months. Black skin can withstand far longer exposure than white skin but has a miniscule risk of melanoma at only 0.1% chance of diagnosis. The rule for white skin is not to burn. Burning your skin especially in childhood and adolescence is particularly bad. And you can’t spend all your time indoors and then get all your sun in a two-week summer holiday. Building up a tan slowly but surely throughout the summer will boost your health no end and means that you will maintain the benefits through winter (you still need to get out and about on sunny wintry days too).

The key to avoiding anything going wrong with your body has to do with the way you eat. How can it repair itself if it does not have the right building materials? And how can it protect you in the way it was designed to, if you are not eating the right nutrients that allow it to trigger the chemical reaction to produce melanin correctly and absorb sunlight as it should?

One thing’s for sure, like food, there needs to be an overhaul of the historical damaging advice to avoid the sun. We need a pro sun campaign highlighting its benefits and life enhancing properties. And then we must hope that the UK summer provides plenty of sunshine!

Here are the links to the studies mentioned in the article:

PrevPreviousWhy are the various stages of womanhood rarely taught?
NextKindness matters to your healthNext