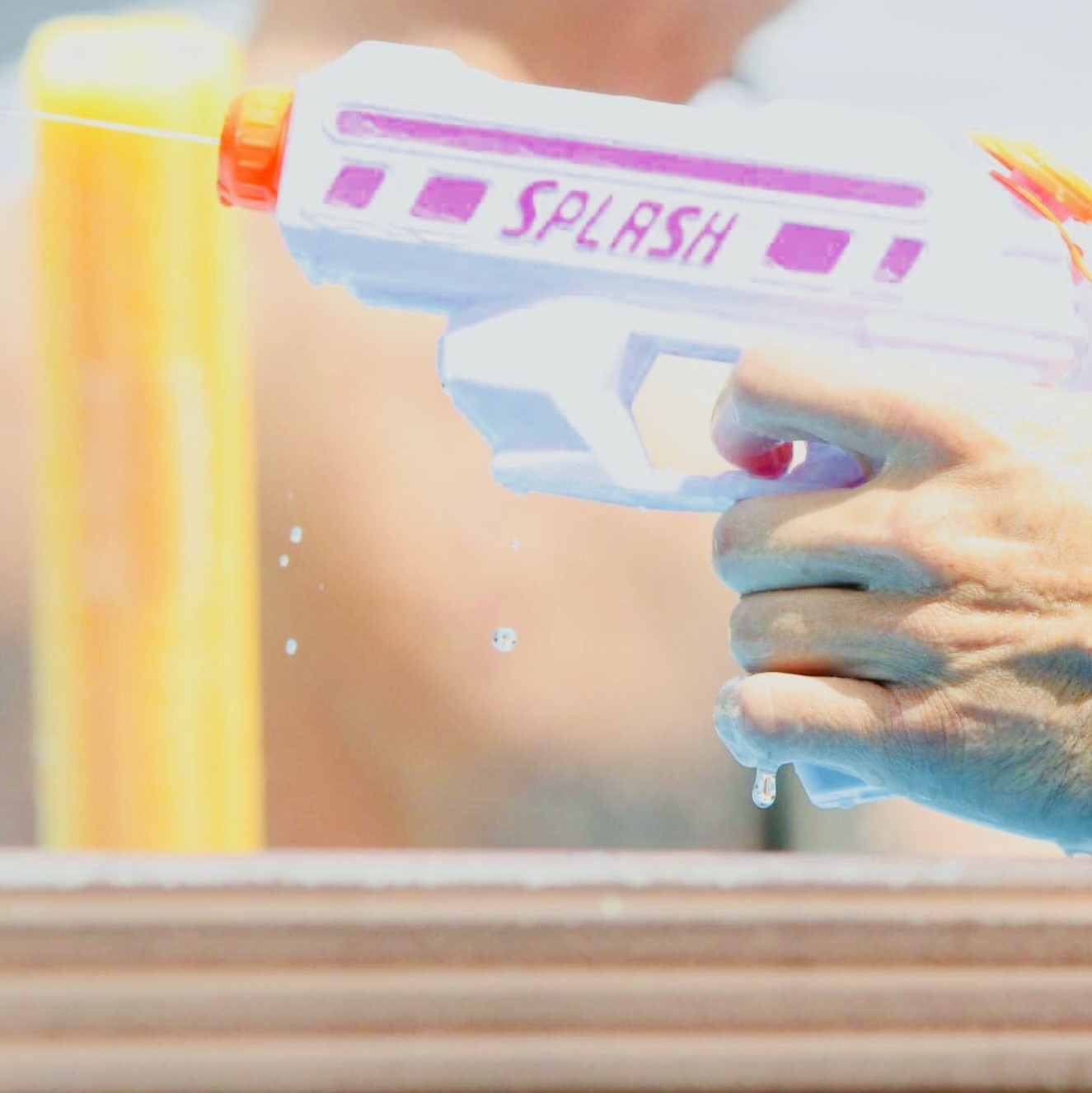 Hearing restored thanks to a….water pistol!

You don’t know what you’ve got ’til its gone. It’s a common phrase.

Well I have recently been living in a kind of underwater world.

I can’t attribute this to what I eat, as far as I know food doesn’t cause, or alleviate the crud that builds up in the ear canal. But once it is blocked you fear you will never hear again.

It all began with water sliding into my ear when I was washing my hair, my head upside down.

I put my hand over my hear to try and form a ‘plunger’ to suck the water out, but unbeknownst to me, I forced all the wax and muck to form a plug which blocked the ear drum.

I thought the water would slide out on its own. Which of course, didn’t happen. I thought I had an infection but took 6 weeks to get the doctor to take a look at it.

After scraping me off the ceiling after ramming his auriscope into the afflicted ear. He told me it was completely blocked with wax. I felt slightly affronted, surely my ears were clean?!

He also told me that GP surgeries don’t syringe ears as a matter of course anymore and that I should go away and use drops to alleviate it myself. It should take about 3 weeks.

So I bought said drops. But the info leaflet told me I could only use them for 4 days. What about my 3 week advice? So I looked up other remedies. Olive oil was a popular choice. So I used these morning and night. Nothing happened. I then found an article telling me to use half white vinegar and half surgical spirit. So I tried that too. Desperate much? Absolutely. It was driving me crazy.

I rang the surgery again. ‘Do you really not syringe ears?’ I asked the receptionist. We do but only on specific days. So I booked an appointment, 3 weeks away. At this point it was looking like I was going to have had impaired hearing for about 3 months.

In absolute desperation I Googled the problem again. ‘Home syringing’ this time.

And then I found it. A forum where some kind soul had put advice for using a garden spray bottle with the spray adjusted to produce a single jet. Fill with warm water and fire into the ear.

Trouble was I couldn’t find a spray bottle. So off I went to buy one. I am fairly tight, and took myself to Poundland. Where they had no spray bottles. But they did have 4 water pistols for £1! ‘Well it will produce a jet won’t it?’ I thought.

No, I am not a doctor, and no, this doesn’t come with scientific research. But if syringing at a doctors surgery comes with the possibility of a perforated ear drum, going at your own pace at home armed with warm water and a 25p water pistol, is surely worth a try.

But you have to be patient, and allow time. It took me 3 goes at it.

Each time I was rewarded with small amounts of stuff leaving my ear. A couple of massive chunks which I thought must surely not have come from there without them poking from my head and have been visible from across the road.

And a not very nice side effect was that after the first and second attempts I felt dizzy and sick and had to lay down.

But on the third attempt I really went for it. And then WHOOSH! Out dropped a baked bean sized lump of wax and a world of sound came crashing in!

All the sound felt as if it were coming through a weird speaker. My hearing hadn’t been impaired for the past couple of months, it must have been years!

And now it is apparent that my other ear is slightly blocked too. And so I will be softening the build up inside with olive oil and using the trusty water pistol again.

My point, in relation to our bodies in general, is this. Over a lifetime we adapt to the way we feel. And until you change something, in the case of changing the way you eat for food that gives you more repairs and energy than before, you will never know what your body is actually supposed to feel like.

It is supposed to feel great. Always.